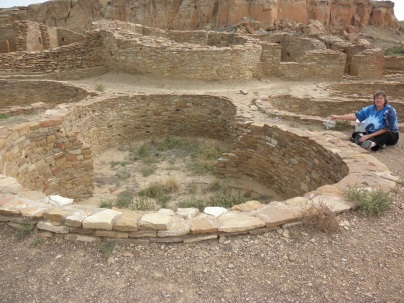 Activating the Ruin Site with the Angelic Merkaba:

When the Angelic Merkaba was put inside the hole, it activated an interdimensional portal of energy.

I was intuitively guided to go to Chaco Canyon, with the directive to help reactivate this site to the ancient Anasazi and Mayan energies. I was also told to bring one of the Angelic Merkabas I make, not knowing why. But I have learned to trust what Spirit directs me to do, so I brought it along.

When I went to the main large ruin site there, I did sacred ceremony and two Mayan priests in coarse white robes appeared, floating above the ground, thanking me for the spiritual work I was doing.

I then intuitively felt to go to another ruin site, which is the one pictured above. Its shape was basically a Vesica Piscis , if the stone walls had been filled in to finish this form. I noticed a small square hole off to one side, which was placed at the intersection of the two circles. 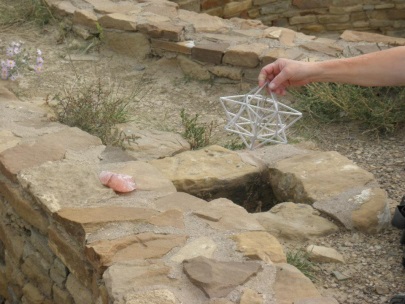 Foot Square Opening Beside the Ruin

I was guided to place my Angelic Merkaba inside the hole, as it fit perfectly in the hole. As soon as the Angelic Merkaba was placed there, I felt and saw a powerful vortex of energy form and I knew that it was creating an interdimensional connection from higher galactic energies to the earth. I then knew the reason why I had to bring my Angelic Merkaba to Chaco Canyon.

I just love when these spiritual adventures happen. I know that the more I trust Spirit, the more Spirit trusts me to do the sacred work

This ancient stone ruin was in the shape of a basic figure eight, with a Vesica Piscis configuration if the inside walls were filled in. The Vesica Piscis is a very powerful sacred symbol.

It had a square hole opening beside it, which was the perfect size to fit my Angelic Merkba in.  I wander why this foot square hole was there? How long had it possibly been waiting for this moment of Angelic Merkaba interdimensional activation? 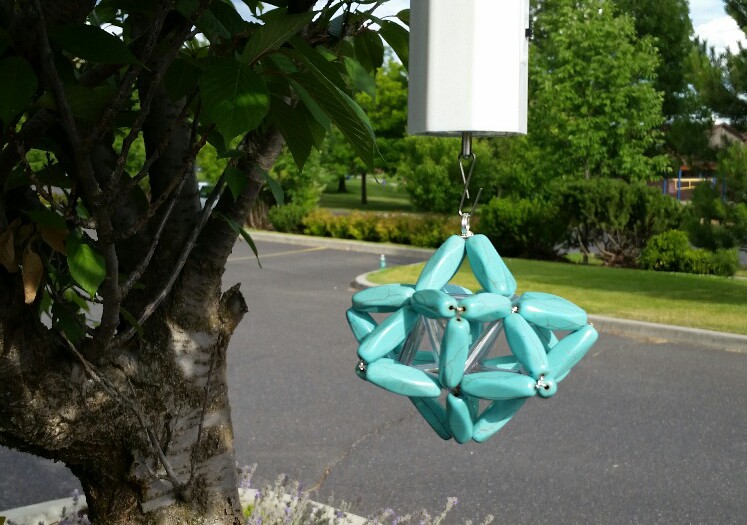